Difference between revisions of "Process hydraulics" 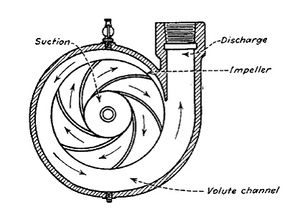 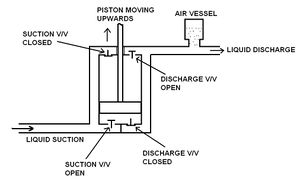 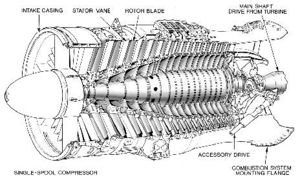 Pumps are relatively cheap in terms of processing equipment. In 1997 dollars, they would cost between $390 and $1500 base cost multiplied by a ~2.38 (because pumps usually cost much less than $200,000) factor for the installation costs. Therefore their total installed costs today is $1000-$3500 multiplied by some time correction factor to account for inflation. For this reason it is typically preferable to condense a vapor to liquid, pump up the liquid, then evaporate the liquid, rather than compress a gas. (Biegler, 133-135).

Compressors are one of the most expensive pieces of process equipment. In 1997 dollars they cost about $23,000 as a base cost multiplied by a ~3.11 (because compressors are typically less than $200,000) factor to account for installation costs. Therefore their total installed cost today is ~$71,500 multiplied by a correction factor to account for the inflation over time; nearly 70 times as expensive as a pump! For this reason in industry compressing a gas within your process is avoided if at all possible. (Biegler, 133-135).

A gate valve is comprised of a wedge that slides up and down perpendicular to the path of fluid flow on screw type mechanism, which spins in opposite directions to open/close the valve, in order to allow and block fluid flow respectively. This type of valve is an ON/OFF valve and therefore should either be operated fully open or fully closed. Operating partially open can degrade the seal on the valve. The fluid path is straight through the valve and therefore minimal pressure drop results. (Towler) 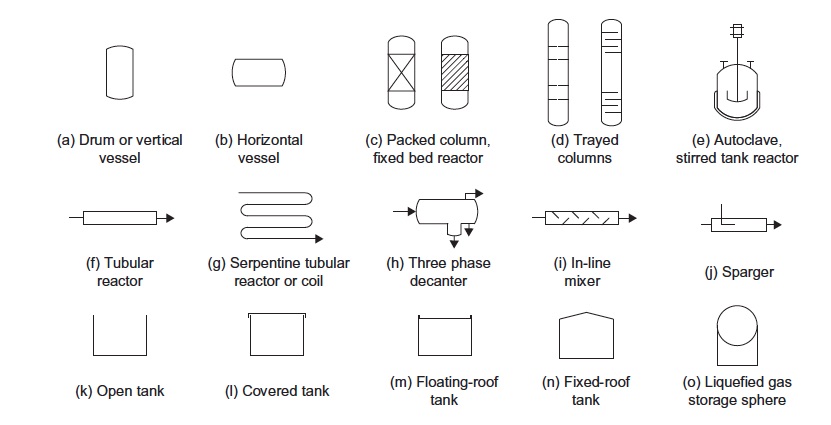 A ball valve is another type of ON/OFF valve that only operates fully opened or closed with the flow path straight through the valve. However, these valves only require a quarter turn to open or close the valve and therefore can quench flow much faster than a gate valve. Rather than blocking flow with a wedge, a ball valve turns so that the opening aligns with the pipe to allow flow or pipe wall to block flow. (Towler) 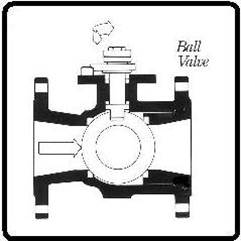 A butterfly valve also requires only a quarter turn to switch between the open and closed position. A flat plate switches positions between being parallel or perpendicular to flow in order to allow or prevent flow through the valve respectively. This valve does not seal well on its own and, unaided, can be pushed open by fluid flow, therefore extra materials are required for complete shutdown of flow. (Towler) 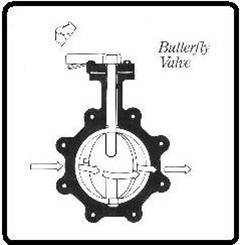 A plug valve is very similar to a ball valve, except it is used in situations in which a better seal is needed. The valve uses plug stationed in lubricated lining to provide the seal and once again a quarter turn will open/close the valve by aligning the hole within the plug to the pipe/wall respectively. There is an upper limit to the temperature a which a plug valve can be used, ~450 F, because after this point heat expansion differences of the liner and plug ruins the seal. (Towler) 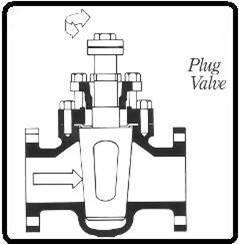 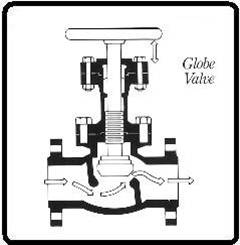 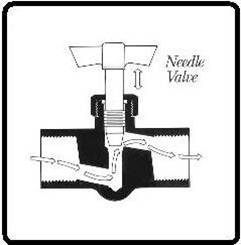 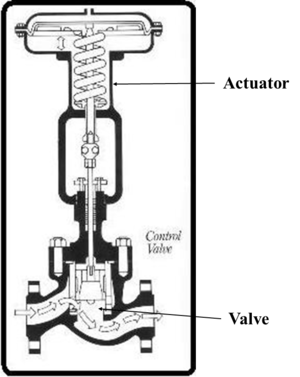 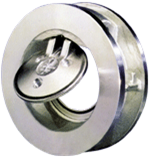 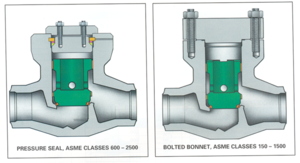 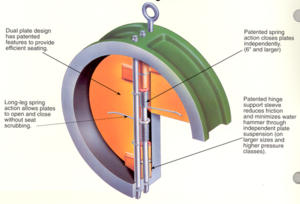