Difference between revisions of "Separator" 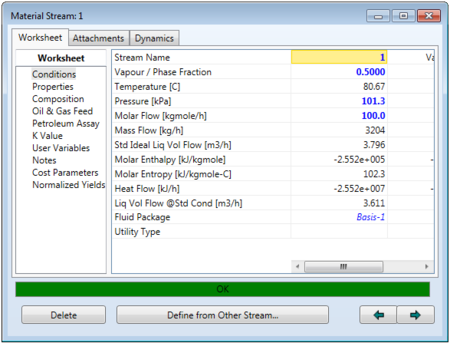 The process of simulating separation in HYSYS is fairly straightforward once the user has a fully specified feed. The feed specifications come from the description of the problem that the user is attempting to solve. Without added duty, the full specification of the feed is all the information that HYSYS needs to simulate the separation. Within the feed stream, two phases exist, and the composition and flow rate of each phase will determine the composition and flow rate of the two phases leaving the separator. The addition of duty complicates the problem slightly more, though it also gives the user more flexibility as they are able to specify one aspect of the product streams and customize their separation.