Solids-involed equipment is an important aspect of many processes. Solids are often more difficult to handle than liquids because the process equipment consumes more energy to operate, are more prone to mechanical failure, and can create dust. Dusts can be very dangerous. They can cause respiratory illnesses and in cases of combustible dust such as the Domino sugar plant, cause explosions in confined spaces. Flow of solids is also difficult to predict. While rheology is a well studied field for fluids, powder rheology is not a well characterized field. There are many pieces of process equipment aimed at handling solids. A bin is a vertical vessel used for storing solids. Large bins with with roughly a height to diameter ratio of 1.5 are called silos. Bins with height to diameter ratio less than this are called bunkers. From a silo or bunker solids will move out of an orifice, or hopper, to a feeder. Solids may be conveyed in a number of ways. The most familiar of these ways is a belt conveyer, like the ones used at the Domino sugar plant. There are also screw conveyors, which are used to convey free-flowing solids over short distances. Screw conveyors have been used since the time of Archimedes who made them famous with his Archimedes screw. Other types include hydraulic and pneumatic conveyors.

When a gravity settler is insufficient, centrifugal separation can be employed. This piece of process equipment is known as a cyclone. A cyclone resembles an inverted cone, in which solid-gas systems enter along the side, and gas exits at the top. Solids then fall out the bottom. See figure 1 for more details. Cyclones are particularly effective, able to handle particulate sizes down to 5um, and with no moving parts make them an industry favorite. 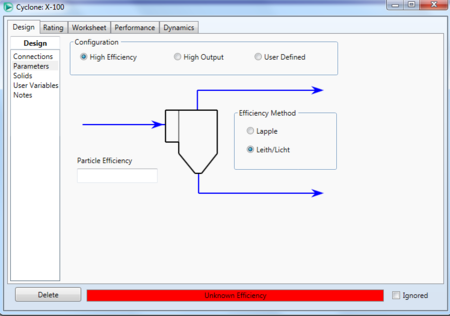 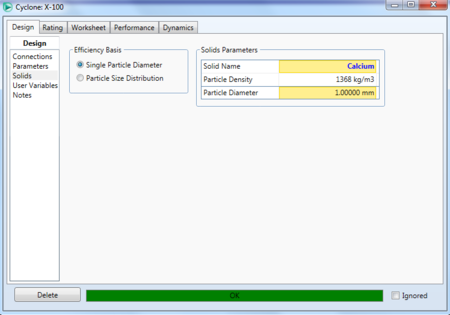 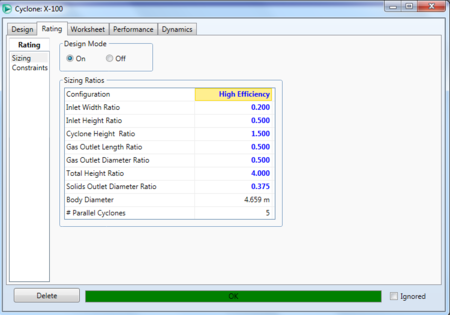