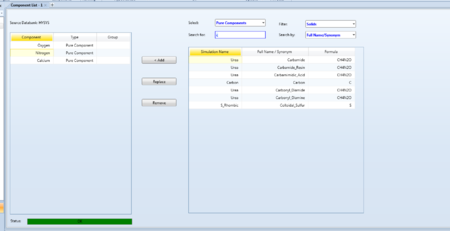 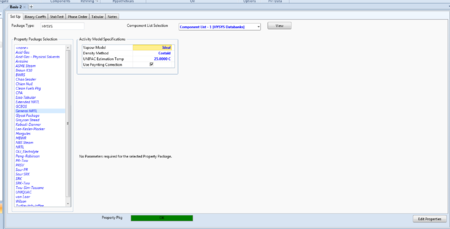 The cyclone needs a few specifications before the simulation will converge. Under parameters the efficiency method and particle efficiency must be specified. The Lapple method is the simplier of the two and generally good, although in some cases the Leith-Licht theory is a better approximation. Either is fine for this simulation. Particle efficiencies for cyclones generally run on the order of 50-80%. 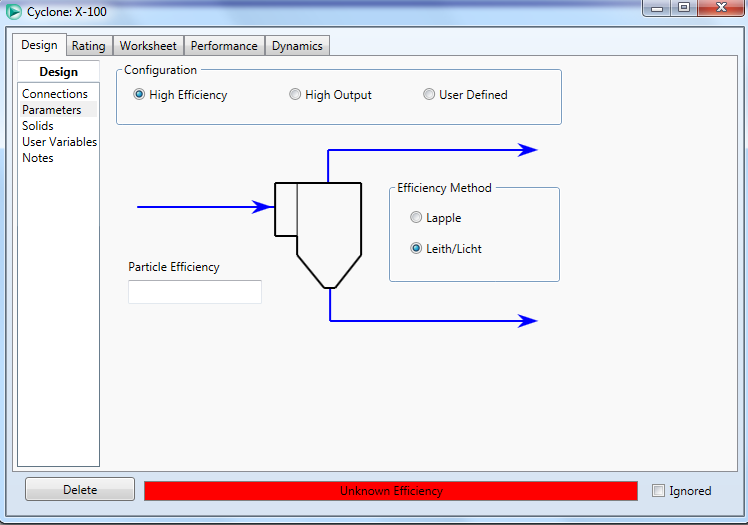